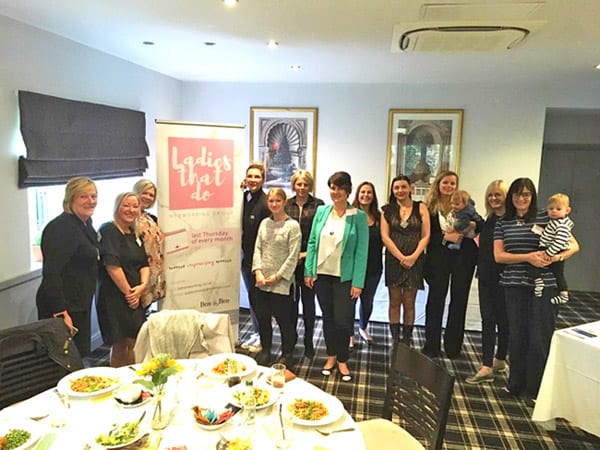 Two staff from Bray & Bray’s Hinckley office have taken over the running of Ladies That Do, a popular female-only Hinckley networking group.

Family law associate solicitor Lisa Mohar and associate chartered legal executive Amanda Wright have joined forces to become the new faces behind the networking group that was launched in 2012. The pair hope to grow the group even further, building on the good work of the organisation’s founders.

Professional networking for women in Hinckley

“We’ve both been attending the group for a long time and when it was mentioned that they were looking for somebody new to run the event, we put our heads together and went for it,” explains Lisa Mohar. “Networking still tends to be dominated by men and many women are still apprehensive about it.  Ladies That Do offers a professional and focused networking experience in a supportive environment.”

Ladies That Do currently has 21 members from a range of industries including a financial advisor, web designer and healthcare professional. Only one person from each industry is able to join the group.

A platform to offer advice and support

“Whilst the focus of Ladies That Do is promoting businesses, we also want to collectively provide a platform that provides support and advice for work-issues that are being faced by members and draw inspiration from other businesswomen,” adds Lisa.

Ladies That Do is an informal monthly networking group that takes place at Sketchley Grange Hotel in Hinckley on the last Thursday of the month between 12 and 2pm. The session includes lunch and a drink, guest speakers or spotlight talks from the members and company of like-minded women in business.

Annual membership is £18 per month. Potential new members can also attend with a one-off offer of £25 for an introductory visit.

Data from the Global Entrepreneurship Monitor (GEM) last year revealed that between 2003-6 and 2013-16, the proportion of women that went into business rose by 45%, compared to just 27% among men.  However, men are still nearly twice as likely to be entrepreneurs. This has led to a defined need for more female-friendly business and networking groups.

“An all-male environment can be considered intimidating for some women starting out in business with some citing that they prefer the camaraderie and support of a female networking group,” comments Lisa. “Also, early morning meetings tend to be less accessible for women who may still be faced with the burden of childcare.”

More information about Ladies That Do can be found at https://www.facebook.com/ladiesthatdo