How does a settlement agreement affect me getting my next job? 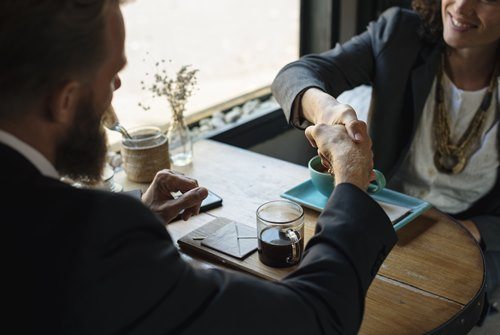 If you’re in the process of negotiating a settlement agreement, one of your main concerns will be how it will impact your chances of finding your next job. The good news is that the law surrounding settlement agreements has been designed with the aim of enabling both you and your employer to resolve a dispute under the terms of a mutually beneficial contract. However, there are certain issues relating to future employment you need to be aware of before you sign a settlement agreement.

What exactly is a settlement agreement?

Will I still be able to get a reference for my next job?

Usually a settlement agreement will incorporate a clause stating your current employer’s willingness to provide you with a satisfactory reference to help you find your next job. However, this is not a legal requirement, so it’s your responsibility to make sure that this included. Also, it’s crucial to bear in mind that a ‘standard reference’ is in fact a very simple document which merely states your job title and dates of employment. If it’s important to you to receive an enhanced reference, then you must negotiate this as part of your settlement agreement, in the knowledge that your employer has a legal obligation not to state anything they believe to be false or misleading. It’s also vital to include a clause stating that any oral requests for a reference will reflect what is said in the agreed written version.

Do I need to tell my new employer about my settlement agreement?

Although the terms of settlement agreements vary, it’s standard practice to include a confidentiality clause to protect both parties’ reputations and privacy. Depending on the circumstances, this may only cover details such as the amount of money paid out, or it could extend to the entire contract. If, rather than keep the details secret, you feel you would like to be able to openly discuss your reason for leaving your current employment with future employers, you must make sure the terms of your settlement agreement allow this, otherwise you could be in breach of contract. This provision for confidentiality is in stark contrast to the situation regarding employment tribunals, as details of all employment tribunals from February 2017 onwards are now available at www.gov.uk, meaning that any potential employer can see if you have recently sued a former employer for treating you unlawfully.

Will a settlement agreement cover my costs as I look for my next job?

As the ultimate aim is for you and your employer to part company under the terms of an agreement that benefits you both, it’s usual to receive a cash payment in addition to pay and benefits owed. In many cases, this lump sum, or at least some of it, will be tax free and can indeed help bridge the gap in your day-to-day expenses as you embark on the search for your next job. Certainly, if you feel that leaving your job will mean you will be without an income for a significant period of time, it’s important that the pay out in your settlement agreement reflects this. However, the right to be given adequate time off to attend interviews can also be part of your settlement agreement, so you may not face the same kind of disruption to your career that can be involved in the long and stressful process of an employment tribunal. Also, it is standard practice for your employer to cover your legal fees in relation to your settlement agreement so you can rest assured the legal process itself will not leave you out of pocket.

Can my employer stop me applying for my next job?

In some cases, an employer may stipulate certain conditions in order to part company with an employee under the terms of a settlement agreement. Just as some senior executives are put on ‘garden leave’ when they resign to work for a rival company, a settlement agreement may include restrictions stipulating that you are unable to start working in a similar field for a certain period of time or to contact your employers customers for the benefit of a competing business. Also, when negotiating your settlement amount, your employer may ask you to confirm that you have not been offered a new job, as this could affect the amount of money they are willing to award you.

For expert advice from the specialist employment lawyers at Bray & Bray on settlement agreements and other employment law issues call us to discuss your needs on the following numbers: