Would we take on Gemma Collins’ claim against the BBC? 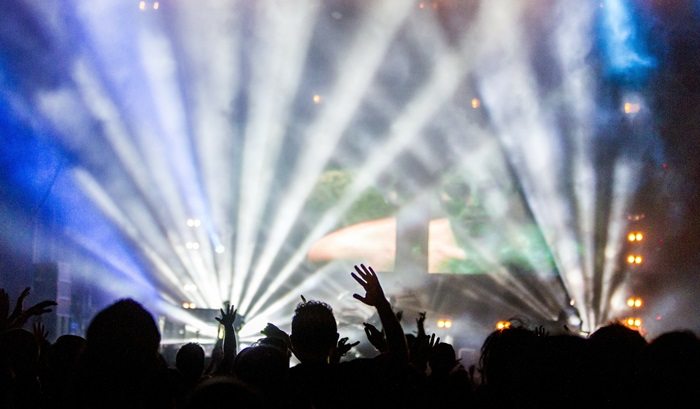 What happened at the Teen Awards?

TOWIE cast member Gemma Collins has reportedly threatened to sue the BBC after falling down an open trap door, whilst on stage at the Radio 1 Teen Awards last weekend.

To watch the video, see Gemma’s own tweet of the footage.

Gemma had been on stage to reveal Love Island as the winner in the Teen Awards category of ‘Best TV Show’, where the winners rose through the trap door in the stage, before the incident happened.  Directly afterwards, in a video posted on BBC Newsbeat’s Twitter page, Gemma said that she was fine: https://twitter.com/BBCNewsbeat/status/922112955637956608

Since then, she has posted several of her own Twitter posts, one of which was the video of her falling, where she said: “Madonna done it and I done it when I tell you I’m Bridget Jones in an Essex girl it’s finally confirmed best and worse moment for me.”

However, the latest news being reported on the BBC suggests that Gemma has said she will be consulting a lawyer and that she hadn’t heard from the BBC about compensation or an apology.  Meanwhile, the BBC Radio 1 press office said that it is ‘awaiting a full report from Remedy – the production company who made the show’.  They stated that Remedy told Radio 1 that Gemma did receive a full briefing before going on stage, reportedly where a producer told her to steer clear of the side of the stage that the trap door was on.  These reports are accompanied with photographs of Gemma speaking to, what appears to be, a producer before she went on stage.

Is Gemma entitled to compensation?

The first point to make here, is that just because an accident has occurred, it does not mean that the person in the accident is automatically entitled to compensation.

The BBC reports Gemma as saying: “I’ve got to consult a lawyer. The BBC, they’ve not been in touch with any compensation or anything – or even an apology.”  This implies that Gemma automatically assumes that she’s entitled to compensation, but she would have to prove that the BBC and/or the production company that they used for the Teen Awards was negligent and that the accident could have been reasonably prevented.

Who would Gemma need to claim against?

This brings us neatly onto the next point.  Who would Gemma need to make a claim against?  Radio 1 or the production company?  Or even the owners of the event premises?  This would depend on who had sufficient control over the area at the time the accident took place.

How could Gemma prove someone else was responsible for her fall?

To prove that Gemma’s fall was the fault of someone else, she would need to be able to disprove that she was given instructions to avoid the trap door.  There are several seemingly apparent obstacles to display why she may not be able to do this, including:

Reasonably, it seems that it’s entirely possible that Gemma was aware of the trap door and where it was, before she fell through it.  At the very least, the defendant of the claim could say that Gemma was not looking where she was going and/or had not listened to their instructions, which makes her partly if not fully responsible for her fall.

Are Gemma’s injuries serious enough for her to make a claim?

The next issue is how serious the injuries sustained are.  If Gemma’s injuries aren’t severe enough to reach a level of compensation award over £1000 then a court may consider it too trivial (‘de minimis’ in legalese) and not proportionate to how much it would cost to pursue a claim.

As Gemma was recorded saying that she was fine ‘with a bit of bruising’ after the accident, it may be difficult for her to claim for more severe injuries.

Would an apology make any difference?

So many clients have advised their Solicitor that if only they had received an apology, they wouldn’t even have pursued a claim for compensation.  However, companies and the people within them are often too afraid to apologise in case it is taken as an admission of guilt.

Would we take this claim on?

On the evidence before us to date, it is unlikely that Bray & Bray would pursue such a claim in light of the adverse evidence and we would advise Gemma accordingly.  We always want to help our clients but there is no point in giving clients false hope that they’re entitled to compensation when the evidence in law points to the opposite conclusion.  Having said that, in such accidents involving high-profile organisations such as the BBC, it’s a possibility that the BBC could make an unofficial payment to her to assist with her injuries and avoid further media attention.

To speak to a solicitor from our personal injury team today, contact us using the telephone numbers below: