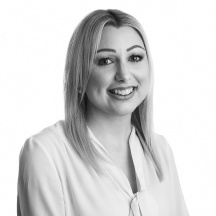 Jessica is a qualified solicitor. She graduated from the University of Reading with a 2:1 LLB Law Degree in 2009 and completed her Legal Practice Course at The College of Law in Guildford in 2010. Prior to starting her Training Contract, Jessica worked as a Clerk in the Criminal Department. She then went on to train with Bray & Bray and qualified into the Crime Department in 2013, where she regularly represented clients at the Magistrates & Youth courts across the East Midlands.

Jessica later went on to increase her experience and skill set by working for the Police in the Professional Standards Department and she also worked as a Senior Crown Prosecutor for CPS London. Subsequently, Jessica has experienced dealing with criminal cases from all aspects and can quickly analyse complex cases, identifying the strengths and weaknesses of the evidence.

Jessica now works in our Crown Court Department as our Senior Crown Court Clerk and deals with all types of Crown Court Cases, taking instructions, preparing cases for trial and drafting legal documents and applications. Jessica has established very good professional relationships with the local courts, Probation and the Prosecution and she regularly instructs and works alongside senior Counsel.