Adult children can rely upon the Inheritance (Provision for Family and Dependants) Act 1975 (“the Inheritance Act”) to seek reasonable financial provision from their parent’s estate where they do not think the provision left for them either in a parent’s will or intestacy is adequate. 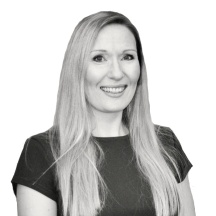 Lorna Trueman, Head of Dispute Resolution, gives her view on whether a sense of entitlement equals a legitimate ‘need’ for ’reasonable financial provision’ under the Act.

As a contentious probate solicitor, I regularly act for beneficiaries and executors in defending Inheritance Act claims and unsurprisingly, since the high-profile case of Illott v Blue Cross and Others [2017], I’ve seen an increase in claims from disappointed adult beneficiaries.

Some of these disappointed beneficiaries feel they haven’t received what they are entitled to as a child of the deceased and believe they have a legitimate ‘need’ for financial support.

The Illott case saw the claimant (an estranged daughter) win just a fraction of her claim but still receive a substantial sum. Prior to Illott, contentious probate practitioners would probably have erred on the side of caution when advising independent adult children to make a claim under the Inheritance Act. However, the very fact that the daughter in Illott was entitled to anything out of the estate has, in my experience, persuaded some opportunistic beneficiaries to bring, or at the very least threaten, a claim under the Inheritance Act.

With some law firms acting for such beneficiaries under the terms of a “no win, no fee” agreement, there seems little risk to such beneficiaries in threatening a claim to get some financial settlement, whether that claim is meritorious or not. In the case of smaller valued estates, it can be more cost effective for defendants to such claims to agree to pay the claimants something out of an estate to avoid the estate and the other beneficiaries incurring the high costs of going to a trial.

However, a recent case, Miles and another vs Shearer [2021], seems to add clarity to the point that simply feeling entitled doesn’t make it so.

Illott v Blue Cross and Others [2017] In this case, an adult daughter and mother had been estranged for years. When the mother died, she left her estate to a number of charities and nothing to her daughter. There then followed a legal ‘tug of war’ between the parties, with the daughter seeking reasonable financial provision from her Mother’s Estate pursuant to the Inheritance Act.

She claimed that, as she was living on benefits, she needed financial support. At the first hearing she was awarded £50k out of the estate worth around £300k; however, she appealed that decision and the charities also cross appealed. The Court of Appeal increased her award to £143k. The charities then made a final appeal to the Supreme Court which held that testamentary freedom remained a key principle of English law.

This was the first time an Inheritance Act claim had been considered in the Supreme Court. Lady Hale determined that children living independently of their parents face an uphill battle to persuade a court that a wish on the part of their parents to disinherit them in favour of others (even charities) should be overridden. However, Illott was still awarded the £50,000 she was given initially.

Miles and another vs Shearer [2021] In this case, a father left the vast bulk of his £2m estate to his second wife and nothing to the two adult daughters from his first marriage, having gifted them a significant sum earlier in his life following his divorce from the daughters’ mother in 2008. His daughters made a claim under the Inheritance Act, based on their statements that they had expected to receive further generous financial support while he was still living, and this should be replaced by financial maintenance under the terms of the Act following his death. However, the judge dismissed their claim, saying that each was able to cover their own ‘needs’ by amending their lifestyle if required. The daughters have been granted permission to appeal.

The lessons to be learned

I have come across a significant amount of adult children who believe they can bring a claim purely because of their ‘entitlement’ to a share of their parents’ estate. This has been the case even where they have treated their parents appallingly and have clearly been left out of a will for a reason.

These two cases have, so far, shown that the Inheritance Act does not necessarily override the wishes of the deceased and that a mere sense of disappointment or misplaced entitlement won’t cut any ice with the courts.

Whilst adult children are able to bring claims under the Act, the Miles case, subject to the outcome of any appeal, has shown that there is a high evidentiary threshold to meet in order to establish a true need for an award of financial maintenance from an estate.

This, however, is no barrier to disappointed children testing the water and making a claim in any event. To help protect themselves, testators should make sure their wills are properly prepared by a solicitor to limit scrutiny by the courts. Whilst we cannot guarantee that a disappointed beneficiary might not try to make a claim against the estate, we can at least reduce the risk and the chances of the claim succeeding.

If you are dealing with an estate which is disputed or is likely to be disputed please do not hesitate to get in touch. Lorna Trueman is Head of Dispute Resolution, Bray & Bray Solicitors, and her team can support on any contentious probate issues. Please email: ltrueman@braybray.co.uk or call us on 01162 548 871.